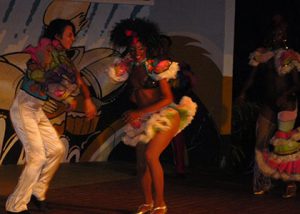 …….established its identity by combining the influences of its entire population — white, black, and mulatto. Music played an important role in the formation of such an identity. The genre that was to succeed in creatively fusing equal amounts of white- and black- derived musical features was the son, which subsequently came to dominate the culture not only in Cuba, but most of the Spanish-speaking Caribbean as well.The son originated in eastern Cuba during the first decades of the century. From the start it represented a mixture of Spanish-derived and Afro-Cuban elements. The basic two-part formal of the son has remained the same from the 1920s to the present, and the vast majority of salsa songs (which Cubans would called son or guaracha) also follow this pattern. Another development that occurred in the 1940s was the invention of the mambo. Essentially, the mambo was a fusion of the Afro-Cuban rhythms with the big-band format from Swing and Jazz. Although bands in Cuba like Orquestra Riverside were already playing Mambo-style in the 1940s, the invention of the Mambo is usuallycredited to Cuban bandleader Pérez Prado, who spent most of his years in Mexico and elsewhere outside the island. Bandleaders like Beny Moré combined Mambo formats with son and guaracha (a similar up-tempo dance genre). The Mambo reached its real peak in New York City in the 1950s, where bands led by Machito and the Puerto Ricans Tito Puente and Tito Rodriguez incorporated Jazz-influenced instrumental solos and more sophisticated arrangements. With Prado based chiefly in Mexico and the New York mambo bands developing their own styles, Cuban music had begun taking a life of its own outside the island and the stage was set for the salsa boom of the 1960s.

From the early 1800s until today, Puerto Ricans have avidly borrowed and mastered various Cuban music styles, including the Cuban danzón, son, guaracha, rumba, and bolero. Indeed, the richness of Puerto Rican musical culture derives in large part from the way it has adopted much of Cuban music, while contributing its own dynamic folk and contemporary popular music. Puerto Rico should not be regarded as simply a miniature Cuba, especially since genres like the seis, bomba, and plena are distinctly Puerto Rican creations, owing little to Cuban influence in their traditional forms.
Since the 1920s Puerto Rican music has been as much a product of New York City as the island itself, due to the fundamental role the migration experience has come to play in Puerto Rican culture. As a result, Puerto Rican culture can not be conceived of as something that exists of only or even primarily in Puerto Rico; rather, it has become inseparable from “Nuyorican/Newyorican” culture, which itself overlaps with black and other Latino subcultures in New York and, for that matter, with mainland North American culture as a whole. 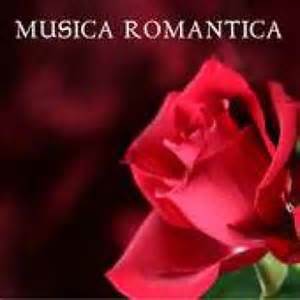 By the late 1970s, salsa abandoned its portrayals of barrio reality in favor of sentimental love lyrics. Most of what is promoted on radio and records is the slick, sentimental salsa romantica of crooners like Eddie Santiago, Luis Enrique, and Lalo Rogriguez rather than more aggressive Afro-Caribbean salsa Caliente or Salsa Gorda. Perhaps there has been some criticism as to this new sub-genre but one cannot deny that it has managed to keep salsa alive and well. The change is also reflected in the fact that most of today’s bandleaders are not trained musicians and seasoned club performers like Willie Colon or Oscar de Leon but cuddly, predominantly white singers distinguished by the pretty-boy looks and supposed sex-appeal like Giro or Salsa Kids. Salsa remains essentially alive and well, within its limited sphere. Its market has grown in Latin America and Spain. The 1990s have seen former hip-hop/house singers La India and Marc Anthony return to latin music as part of the new wave of salsa stars, attracting new followers with their updated images. There is a glimmer of hope with stars such as Victor Manuelle and Rey Ruiz rising to fame in the current “scene” and many hope that this will lead to a resurgence of the glory years of the 50s and 70s.

We use cookies on our website to give you the most relevant experience by remembering your preferences and repeat visits. By clicking “Accept All”, you consent to the use of ALL the cookies. However, you may visit "Cookie Settings" to provide a controlled consent.
Cookie SettingsAccept All
Manage consent

This website uses cookies to improve your experience while you navigate through the website. Out of these, the cookies that are categorized as necessary are stored on your browser as they are essential for the working of basic functionalities of the website. We also use third-party cookies that help us analyze and understand how you use this website. These cookies will be stored in your browser only with your consent. You also have the option to opt-out of these cookies. But opting out of some of these cookies may affect your browsing experience.
Necessary Always Enabled
Necessary cookies are absolutely essential for the website to function properly. These cookies ensure basic functionalities and security features of the website, anonymously.
Functional
Functional cookies help to perform certain functionalities like sharing the content of the website on social media platforms, collect feedbacks, and other third-party features.
Performance
Performance cookies are used to understand and analyze the key performance indexes of the website which helps in delivering a better user experience for the visitors.
Analytics
Analytical cookies are used to understand how visitors interact with the website. These cookies help provide information on metrics the number of visitors, bounce rate, traffic source, etc.
Advertisement
Advertisement cookies are used to provide visitors with relevant ads and marketing campaigns. These cookies track visitors across websites and collect information to provide customized ads.
Others
Other uncategorized cookies are those that are being analyzed and have not been classified into a category as yet.
SAVE & ACCEPT